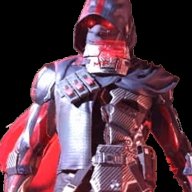 See, not only am I broke, I'm also poor. I put together an extremely budget gaming PC, and at the time could only afford to get a used evga Geforce GTX 570 off of eBay. Soon I hope to upgrade, but there is no shiny new RTX in my future. Instead, I planned on buying a used Geforce GTX 980 Ti, but unfortunately the price of 980 Ti's have been steadily increasing upward of $400+ last time I checked. So, now I'm going to end up with the non-Ti 980 unless I get lucky. That sucks, because the 980 is 30% slower +/-, and it's already a 4 or 5 year old card. The games I currently play will do fine with that, but I want to get Modern Warfare and the new BlackOps which will choke a 980. (Frowny Face) I guess I'm not really making a point here, just don't have anyone else to whine to.