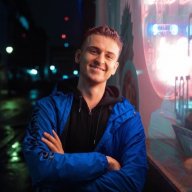 Hello to all shooting lovers.
Not so long ago I started playing Call of Duty: Warzone, and the game just captivated me with its realism and dynamics. I especially like to play with friends, with whom we, as a military unit. We’re joking, shouting, trying different tactics and just having fun.
I also really like the community of this game - people who like to develop, improve, compete, these are all integral parts of the gameplay, in which everyone tries to succeed. How many fans of this game create awesome content? Creativity of all kinds, video of gameplay with fantastic moments, which sometimes you can't even believe ..
I mean that even in the game you can find a lot of inspiration and show yourself.
I really love fine art and great video content. As a child, I drew, later filmed and created video clips, working as a cameraman at my friends' paintball competitions. All this gave me great pleasure. I don't know, but I feel that the visual component in life is very important for me.
A couple of years ago I found a cool video on the Internet dedicated to one of the NBA2K series, created by a fan. There was a title: motion design video by .. I liked it so much that I even googled “what is it?”, “How to do something like that?”, But the answers seemed too complicated to me and I abandoned this idea, although the desire did not disappear ...
Several years have passed since then and I have not made any tangible steps in this direction. But not so long ago, everything changed ..
Literally 2 weeks ago, my friends and I played our daily 3-4 games, after which they went about their business, and I decided to play some more. (Unlike them, I love playing with people new to me, you can make a bunch of cool acquaintances, learn something new and just enjoy playing).
I went into doubles mode, on a small island, a player of a very high level joined me, I immediately thought: “now it's time to win”.
I’ve got a nice game, and spoke a lot. I found out that he is a professional player, he streams on twitch and loves what he does. He asked me what I was doing? What is my plan? what I want? I told him everything and mentioned that I would like to learn how to make 3D video in the style of motion design, but that it seems too difficult for me. He thought a little and said that he wants to get a video in a similar style for his social media pages and asked me if I would like to try to do something for him. He said: "- you are guaranteed a lot of views, and I’ll get a video of course if you would handle it. " He was so excited that I didn't even think to refuse his offer.
We exchanged contacts and began to develop an idea for our work. A week later I started to create a video and now I have small fragments that I showed him as a draft.
He liked it, but we both decided that we should keep working because this is just the beginning. But even during these 2 weeks, I have done a huge amount of work and significantly improved my skills.
And I want to share the thought: when you doing your favorite things, you always find a way to realize your desires, no matter how frivolous your activities may seem.
Good game and personal development everyone!
I leave only link to my short GIF. There is no another links so that you do not think that this is an advertisement.