People seem to be very averse to using the AK in this game for some reason even though it's very similar to the Galil (CR-56). A lot of that is probably due to the disgusting recoil the weapon has in its stock form, but it drastically improves when you fully kit it out (more below).

Looking not at raw TTKs at dropoff distances, but instead the "area under the TTK curve", the AK is actually the best A/R for >50m. Yes better than the Oden and SCAR. It is fairly average but still in line with the M4 at ranges <50m. The Galil on the other hand is the best A/R <50m (the FAL is best at <25m but struggles outside of that) but trails other A/Rs like the AK, SCAR, and Oden at >50m.

So it would seem these two rifles are similar but one is better suited as a short-range A/R (Galil) while the other is suited for long-range combat (AK). So if you want to pair something a sniper, maybe you'd prefer the Galil so you can better compete with SMGs inside 50m. Or if you want to run an SMG/AR combo maybe the AK is more to your taste since you don't need short-range performance from your A/R anymore.

I figured I would throw in a recoil plot to compare the two as well. On the left is the Galil, and the right is the AK with the following setups (which is how I use them in Warzone):

(The Romanian barrel on the AK has an integrated Merc grip so you can save an attachment, which allows you to use both the Tac Laser and VLK optic which helps out the TTKs a good amount. Also I fired 30 shots with each so the testing would be even.)

The AK has a touch more vertical recoil overall than the Galil, but the first 10shots from each is fairly even (yellow line) and both have similar (but mirrored) bend to their patterns, with the AK getting the more familiar right-bend. It's the last 20 bullets where the Galil gains a bit of an advantage over the AK vertically (orange line is 20th shot). The Galil pattern is also a bit tighter due to using the Commando grip, but the AK side-to-side bounce isn't much worse without it.

I've been using the AK as my primary in WZ lately just for funsies (usually use the Galil) and I've been pleasantly surprised with how well it performs in the mid-range (from like 30-70m). It requires just 6-8 shots (can kill in 6 chest shots under ~40m with the Mono/Romanian) and then 7-8 at range depending on chest/stomach/limb shots. So if you are accurate with those first 10 bullets in that pattern up there, which is fairly similar to the Galil, you've already deleted the enemy before you get to the bouncy 2nd half of the pattern. Meanwhile the Galil is requiring the same 6 hits to kill up close (to about the same 35ish meters) but falls off to 9-11 at longer ranges. By the time you're landing 9-11 hits you've already moved up beyond that yellow line in the patterns above and are getting closer to the orange. Meanwhile the AK is killing in 2-3 fewer bullets and you shouldn't be going too far over the yellow line in most situations.

This could just be a personal preference of mine, but I can't stand when guns require 14+ hits to kill at range, meaning you'd have to fire like 30+ shots just to down someone with that kind of tickle damage. I much prefer the 7-8 hits the AK requires, which feels more like 15+ shots to kill assuming realistic accuracy at range.

Yes, I really hope you do more of these guides, they are excellent and very helpful, I will, 100% give the AK a go once I have got gold on my CR-56, the help you have given me with that has made playing a lot more fun for me, so I want to up the ante and see if I can push the fun even further. 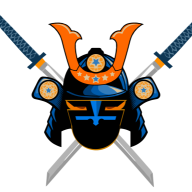 Personally, and this is just my opinion, I prefer an AR that can melt people at longer ranges (way past 50m mark) so my personal favorite is still the Grau. However, I can see someone who like to run snipers as primary go with the AK, but then again, there is RAM that has significantly lower TTK to the head and less recoil
You must log in or register to reply here.
Similar threads