This game is already on the edge of being utter shit, and now you have queues? Cheaters, Hackers, broken physics, stupid hitbox mechanics, game doesn't load half of the time, crappy BattlePass gear. And now server queues. I hope this game dies. Constant regurgitation of the same maps from older games, no new original ideas. I'm thinking I'll head back to Battlefield. It may not be as fast paced, but at least it fucking works and you get what you pay for. I want a full refund on all of the money I've spent over the years on this series. You assholes are ruining it. Forced everyone out of Modern Warfare into Cold War basically. I doubt the lazy ass devs even read these posts. 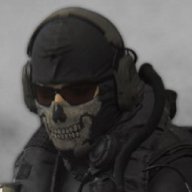 my thought too!, wtf.

New season has just started, lots of people logging on to see what changes have been brought in,.
C

KeyboardDemon said:
New season has just started, lots of people logging on to see what changes have been brought in,.
Click to expand...

Doesn't matter about new season , weapons skins etc.
As long as every lobby in mp is dispanded and you have to wait literally minutes to join another this game will have zero appeal to me no matter how good .
Bf 5 free on ps plus I've heard ? Never played it might have to give it a go to scratch my fps itch 'cause cw definitely ain't !

Yeah, I hear, I had the same thing, it happened once on the first day of season 3 and has so far not repeated itself since.

I think the same thing happened at the start of the first and second seasons. My theory is that they don't take all of their servers offline together but update them a few at a time. In which case the queues are inevitable as they update some servers while the rest share the additional load so we can still play.
You must log in or register to reply here.
Similar threads