Another Epic Call of the Dead Strategy (2 player) 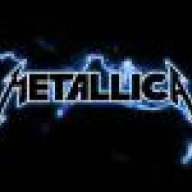 I didn't come up with this one either but I wanted to show you:

First off, in the spawn, one person gets one side and the other person get's the other. No confusion.
On the first round just stab. On the second round shoot 8 times then stab. When both people have 1000 points and one person has 1750 points. Open the barrier to the ship, and everyone buy the MPL. Stay on this floor until you can buy the stairs. Then do, and go to camp on the stairs that lead to the top floor. One person guards the window, and the other guards the stairs, trade off to reload. If you get overrun, simply use the zipline, camp in spawn, then go back to your camping spot at the end of the round. When both people have 3500 points (or one has 4500 and the other has 2500) open the barrier to the second ship, and the hatch down below, and buy Juggernog. Go back to spawn and camp there until everyone has 1200 and one person has 1950. Then open the barrier on the bottom of the second ship and buy the AK74u. Stay here until one person has 1000 points. Then they open the door to the lighthouse, and runs a circle in there, while the other person runs a circle outside (they ARE supposed to be connected, because later you'll be combining). Keep using the AK74u because you can buy ammo for it. Meanwhile buy Stamin-Up (through the back of the lighthouse, across the water) PHD. Flopper (not for flopping, because you can hold your grenades and run into guys, and kamikaze without dieing. Its outside the first door on the left from spawn, go down the stairs) and Speed Cola (same door as Stamin-Up, down the ice slide). After that, use the box until each person has either the Ray Gun or a "point gun" (RPK, SMGs, AUG) and a sniper rifle. Both people Pack-a-Punch their sniper rifles and use them to kill George, then you use your ray guns or point guns until a Max Ammo. Ok, so basically use the box and keep doing your runs until one person gets the M72 Law, and the other person gets the VR11 (they MUST be different people). Keep running your runs, when all the zombies are together, the guy in the lighthouse, runs out, and combines zombies with the other guy. The other guy shoots him with the VR11, which makes him invincible and gives him insta-kill for a short time. Use the M72 Law, and kill every zombie and once. This strategy took me to round 36 on my first try, 42 on my second and 86 on my third. Please don't ask for pictures, because I don't have any.