Here goes , I don’t have modern warfare but I play war zone . If I buy the battle pass will it give me the operators when I get the relevant tiers ? Or does it only give the skins in which case it’s pointless if I don’t have the operators . Also I’m currently at tier.77 , if I buy the battle pass pack which gives 20lvl skip does that take me to 97 or just keeps me at 77 ? Any replies greatly appreciated thanks.

Staff member
Private
Yes. The Battle Pass relates to both CoD: Modern Warfare, AND Warzone. And, yes, and no... when you buy the pass, it unlocks EVERYTHING from 1 to 77. You're three-tier, so you're not getting the items in Battle Pass. I would wait if I were you though, Season 3 starts tomorrow or Tuesday morning.

You should have a free 10 tier skip waiting for you in the shop menu. 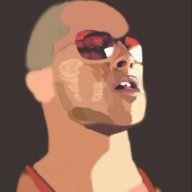 So does that mean that unless you own modern warfare, you'll get the skins but not be able to use them as you wont have the operators?

ProjectMyhm4130 said:
So does that mean that unless you own modern warfare, you'll get the skins but not be able to use them as you wont have the operators?
Click to expand...

Well, if you buy the Battle Pass, you get everything you didn't before. You're on free tier. You're not paying attention. Notice how every time you move to a new tier, some times you get items unlocked, and most items don't get unlocked? It's because you don't have Battle Pass.

To really, really use the loadout drop, you need to customize your loadout first, so, yeah you need Modern Warfare.
You must log in or register to reply here.