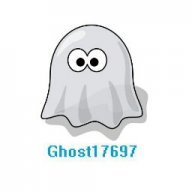 Does anyone play Battlefield 3? I'm generally a COD gamer, but I had a quick few games on BF3 yesterday, and it was a lot of fun

Also, E3 is almost 1 week away, and Battlefield 4 will be fully revealed! (Yes, I know we've had a trailer and 17mins of gameplay, but at E3 we may get a look at the multiplayer and much more. Personally I'm very excited for Battlefield 4 (CoD: Ghosts and GTA V also), but I want to know who else is

This Topic is basically just for general discussion about Battlefield 3, and the upcoming release of Battlefield 4. Enjoy

Staff member
Private
I played it on PS3, I like the single player campaign, and I quite like it. Multiplayer? Well, I've been part of the beta before the game was even out. I know that by now, it's been patched many times over, but the gameplay is a little slow.

I've edited your thread to invite others into the thread.

I didn't think much of the singleplayer campaign... The co-op missions are cool, and the campaign is... decent, but doesn't compare to CoD's campaigns.

However, the multiplayer can be slow, if you let it. If you make the game fast paced it can get very fast paced

For example, if you play with a team in a game of Rush, you can rush forward to the M-Com (bomb site), make sure to be slightly stealthy, and plant it. Then begins the firefight to control the M-Com, making sure it's not defused.

Radio beacons (basically a tactical insertion, but for your entire squad) can also speed up gameplay significantly, as you can always be in the action depending on where you place it.

CoD is definitely more fast-paced, which is why I prefer it. But even with the larger maps and more tactical playstyle that Battlefield contains, it can still be fast-paced, and hell of a lot of fun

Also, thanks for the edit