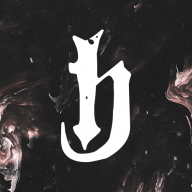 ​
Now that we've been able to play both an alpha release and a beta release, what are some things that stuck out for you game play/gun play/play in general, wise?

For me, the inclusion of gunsmith has (since MW) been my favorite thing. The customization potential since previous games has skyrocketed and makes the game more mold-able to my play style!

I didn't get to play the Alpha, I am on PC, I think the alpha was PS4 only, but I did get to see some great footage of it and the maps looks awesome. especially Miami and Moscow. I was not as impressed with the satellite crash site map and I think, there were only 3 maps being played in the Alpha.

I loved the combination of long sight lines for sniping in some parts and then built up sections in others for those players that want close quarters battles so there's something for everyone.

Miami had a couple of Hotel room where people could hide on a balcony and get some really good sight lines into the opposite building and the pool area, they looked like something I would enjoy, unless I was on the wrong side of the barrel of course.

Something that I would like to see is for the game to reflect the passage of time, So for maps like Miami where the sky looks like it is being played at dusk, if it was dusk at the start, it would be cool to see the night sky gradually get darker until it is full blown night by the end of the match, but I can't see that happening.

As for the Beta, I am not going to pre-order, I am waiting to see some reviews first and even then, I might stay on CoD:MW until I see a big drop off in terms of people playing, but that's not because I am not excited, it's more because I need to watch my expenses due to the current pandemic, my work hours have been massively cut and I am not going to spend money on things that are not essential to looking after my family ect. So as much as I want to, I can't justify buying it. 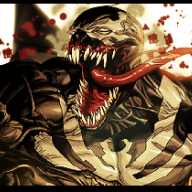 I'm riding the same fence as Dizzy. Every new Call of Duty will always look better than it's predecessors. It's the campaign, overall feel and mechanics of the new one that I'm most concerned about.

Although I've never been much for Zombies after World at War, I still try to experience the new ones. BO4 seemed to make it mostly about the zombie's, at least, that was my initial impression but I did like the multiplayer.

I don't get to play as much as I used too but I will always play Call of Duty...even if it is a joke of a release. I'll have to wait and see.
You must log in or register to reply here.
Similar threads