Staff member
Private
CODForums.com was created on October 3rd, 2003. The community has gone through many different iterations. The current iteration of the community was a clean slate as the site was sold to a new owner named Jason. The oldest history of the site is in 2004 when it was more of a information site, forum and hosted servers. It was popular website at that time. It restarted again on another forum script, and was not equally as popular as the original. In 2009, Jason bought CODForums and launched it on vBulletin 3. It had gone on to become one of the leading Call of Duty forums on the internet.

I bought CODForums from Jason in late 2010 and completed the acquisition in 2011. But it was not without it's own story.

I became administrator of CODForums sometime in 2009 and have gone on to purchase CODForums outright. 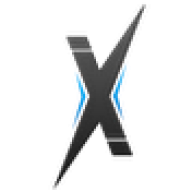 Congrats I like this Forum here and glad to see this.