CODForums Game Server Hosting might be coming back, but for which game?

Staff member
Private
When Jason Douglas was running CODForums, he offered game server hosting for the most popular Call of Duty titles. When I bought it, that service was scrapped in favor of saving money and space. Recently, a company approached us about game server hosting, in which they would provide game servers for CODForums users.

The catch is, that there'll be a post explaining what they do and whatnot. And there may be a banner that links to their site, and whatnot. But what games should I ask for? What game do you want to be offered as a hosting solution?

Tell me, and I'll go back and ask for at least 5 slots for the following games:

At least the top 3 games will be selected for the 5 slots of game server hosting. Or if the company can allocate more... I'm not sure. He can respond with a better idea. 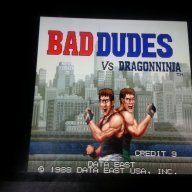 Cod4. Simply because it was the first fps i played on ps3. Its simplicity compared to the newer games is a strength imho. Best incarnation of the ak47 too. Used in 2 of my 5 classes. Martyrdom was rife, but also actually quite easy to dodge in most cases and if im honest i used it plenty.