Double XP is the worst thing for older Call of Duty's 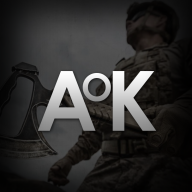 For a few matches I had not realized that double XP is active over Memorial Day weekend. Then it hit me, I saw a whole lobby of reset players. Playing as if we're at an MLG championship and we're going to win the $100,000 prize (or whatever it is now).

They only use shotguns, MSMC's, M8A1's, and mods on pistols, the SMR & FAL. This disrupts the flow of a normally fun and entertaining video game and it turns it into a boring competition. It likes no matter what playlist I'm in, it's League Play as long as 2x XP is on.

Two games in a row, I saw a guy head-glitching a planted riot shield in his own spawn on Search. Both matches we were defending so we couldn't plant the bomb to bring him out. I died early on from other miscellaneous tryhardness, whilst my teammates ran into his spawn 1 at a time, allowing him to get 5 kills every round for 3 rounds, then while he did nothing on the 4th round his teammates brought themselves to victory with M8A1's and 1 MSMC head-glitching A bomb on Magma.

I can only thank Treyarch for completely avoiding fixing the cheats that are exploited so often in Demolition. Instead how 'bout some double XP and people trying way to hard at a game.

PC gets so much more cheat prevention and it's understandable why, but that doesn't mean older COD's on consoles shouldn't. 1 of every 2 matches on Black Ops 1 someone's using godmode or invisibility. Black Ops 2 it's less, but I'd say 1 out of 30 matches of constant Demolition will get you in with a cheater.

Double XP only encourages people to use the cheapest easiest methods of winning and a lot more cheating pops up during this time too. Not including modding with cheating, mods pop up almost 3 times as much during 2x XP events.

This is my experience on xbox 360, hopefully it's much better on Ps3 and PC.

It's just Activision's way of getting people interested in playing at least Black Ops 2, or CODGhosts before the worldwide launch of Advanced Warfare.

Also, keep in mind, a few months before a Call of Duty title is launched, there's usually an uptick of cheating, hacking, glitchers, etc.

Carlos said:
It's just Activision's way of getting people interested in playing at least Black Ops 2, or CODGhosts before the worldwide launch of Advanced Warfare.
Click to expand...

Might as well pay Respawn to put Double XP on Titanfall, because that's as close to Advanced Warfare as it's going to get.

I know that mods and cheats do tend to appear more often before newer CODs, but even when Ghosts wasn't anywhere near open-to-the-public, this stuff was having a huge surge during double XP events. It's a huge headache.

I just play this game for fun and if I do good it's a bonus. I don't get all serious about this stuff ever.

Like 75% of people I randomly get put up against right now during Double XP are jumping around corners and dropshotting at the same time with a mod on a five seven/tac 45, or a shotgun on or a M8A1. Search & Destroy isn't fun when everyone sits in corners/camps and you just play the game normal, die every single round early and get to watch everyone else camp and wait. Game ruined.