Find Me the Best Weapons and Maps! 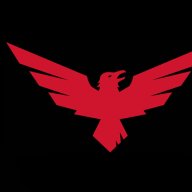 I'm more into Zombies than hunting players so in COLD WAR Zombies on Outbreak things are getting boring again, apart from Players asking to Exfil that hurts me on the first Round, who quits early kids? They had to make a very good excuse to leave the game. Anyways since that last update new weapons and skins for vehicles came in but then during some grinding or killing zombies in Season 3 the game got less exciting. What was fun was being a Turret Gunner on a Cargo Trucks and Buggies sure things were very interesting for xp points but still no one rarely uses vehicles for traveling. But I do the Turret is the most supportive weapon in Outbreak against all odds even in increased rounds where the zombies and bosses are tougher to kill. We gonna need more firepower not by using upgraded weapons by Pack'a'Punch or Tier Damage something more tough on Wheels. I brought Antonov Operator and the Skin for the T-32 tank was incredible but again it's no good slapping skink on vehicles that aren't used in Zombies. I must ask Activision to grant my request of the following:-

3. Increase sizes of Outbreak Maps - Due to seeing some structures in the background that people say soon to come but again I like to see the maps on Outbreak increase the boundaries with new objective locations makes the game more challenging. Who says that big maps such as Golova, Alpine, Sanatorium, Ruka and Duga makes a player bored when you have places to explore and find secrets.

4. An Outbreak Map of Chernobyl - Something that the players wanted to see again before the incident and the aftermath of the Rector 4 nuclear disaster April 4th 1986 (Cold War Era) a perfect place outside the reactor like in the ruins from COD4. In the Forrest, Disused Radar Station, Vehicle Graveyard and the Fairground would be the ideal places for Zombies on a larger Outbreak map. I know you all don't agree but if this happened for Black ops Cold War Zombies this will be the greatest Cold War Game known to excist.

So there you have it at least some of those weapons can be installed into the game both for Multiplayer and Zombies just don't make the game less or it will become boring. I know due to lockdowns and the covid pandemic things will take time and hope for something special to happen in Season 4 and 5 on Zombies.