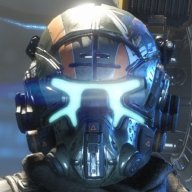 I purchased Call of Duty: Modern Warfare (2019) back in Late March/Early April of 2020. I have played the games Single-Player Campaign and Multiplayer many times over the past one and a half, almost two years. During this time, I never experienced any issues with the game. My framerate was always fine, the gameplay was always smooth, and overall had an enjoyable experience playing the game.

Now I had not played the game for a certain amount of time, let's say 4-5 months give or take, and I decided to jump back in to replay the Campaign once more, maybe play the Multiplayer once again, in preparation for Modern Warfare II (due out just over a month away at the time of posting - 9/21/2022). However, upon my return I encountered a number of issues.

Upon loading onto the Campaign, I found the Campaign cutscenes lagging incredibly, both visually and audibly. Changing in-game settings did not help, my internet was fine, and my console (Xbox One S) was showing no issues.

Now I had played the game many times previously, and was familiar with this Update message. However, in the past, upon clicking the Update/Restart now, it would send me to the games loading screen (the Screen that shows up first when you open the game on console), and then proceed from there upon update completion. No issues then. Now though, the game kicks me to the Xbox Home Screen, and closes the game entirely. Upon reloading the game, I keep getting the same message, and the cycle starts again and again. I tried resetting the games local save data stored on my Xbox, and yet this does nothing to fix the issue.

My Xbox is up to date, and it indicates the game is too, yet every time I try to load into the game, it always says an update is necessary. Now I have found that loading the game in it's offline state does allow me to enter the game selection screen, and access the campaign, but even then, the cinematic cutscenes are STILL lagging, just as bad as before, if not worse.

So in summary I have 2 issues.

1) The game is stuck in an Update Required/Restart Loop
2) Campaign Cinematic cutscenes are lagging, both visually and audibly.

I have not found any help anywhere else, and what help there is I have already tried, but to no avail, so I ask any developer or simply anybody who knows how to fix these issues to please help. I will provide any further information that is necessary to provide more insight to my problems. Thank You