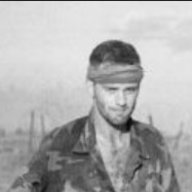 Ok, so let's start with some critical issues. Mind you, and this is just in multiplayer. 1. Why in g-d's name are ALL the charters the same on each side. One might have thought out, "Hey, you know what we need, Allied vs. Axis charters since it's a WW2 conflict." This way, we know who is who, and we all don't TK each other all the damn time since ALL the charters are the same. 2. 20 maps and 16 or 17 are playable, correct? So why is it that I rotate through only four maps? 3. Sound issues with weapons. Did the devs take the time to record the REAL weapons and implement that into the game? NO!! This is the way I see it at the present state of this game. BF 2042 was just released. That will bury this game into a very early grave since nothing in this game is unique. We were told, "The best WW2 game ever made." What? All this hype reminds me of one other game that was too much hype and delivered nothing. Cyberpunk 2077. Granted, this game does not have the bug issues of Cyberpunk, but it does share the same promotion, and I believe I can safely say that this game has MUCH to be desired. If I could get my money back on this game, I would not be posting negative comments. But I placed 60.00 dollars, and that in itself gives me the right. You want to know what the true tell is here. All your top Youtube creates are avoiding this game like the plague.

Not the bug issues? lol tell that to the PC players having the multiplayer games crashing ALL the time..
You must log in or register to reply here.
Similar threads