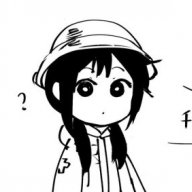 I have been playing cod from 2010 on, when my mum wouldn‘t let me play games like this and I decided to download CoD Classic from the ps3 store. That wasn‘t enough for long tho. I borrowed mw2 from a friend, who brought it to school in a PES cover, since his mum wouldn‘t let him either.
Then bo1 was released, which I bought on arrival. Following cod4 and a long period of enjoyment.

I skipped almost everything between then and now, with the exception of playing at friends houses. And the excitement faded.

I got my hands on a used copy of Ghosts years later.

Two weeks ago I gave bo1 a new shot and chose to purchase a ps4. It has modern warfare with it and should arrive tomorrow.

So, I got a little out of hand there. But it was fun to reminisce about my history with cod.
In any case
Greetings

imma come to you if I need anything (;

welcome
You must log in or register to reply here.
Similar threads