Is both Cold War and Modern Warfare unplayable for anyone else?

Been having a lot of lag and connection problems lately with Cold War since season 1 came out. I just mainly play nuketown, TDM, and domination. Doesn’t matter what I’m in. It’s just bad.

I’ve moved to Modern warfare. And that isn’t any better either. Last night, I had a lot of moments where I would randomly stop shooting, hop and skip around the map, freeze then I’m able to move.

In both games. I have been seeing a lot of times where. I’ve already cleared the doorway. And I’m inside the building. But kill cam shows I never got to the doorway.

Just seeing if anyone else is experiencing this issue?

My NAT is open. And I run a wifi mesh system hardwired to the PS4. I get plenty of download and upload speed.

I haven't had any problems.

I did have an insane amount of problems on MW in season 4 or 5. Skipping a a few feet back or forth ever couple of seconds (Made it completely impossible to play) 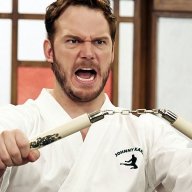 I've not noticed any issues, in fact I have been very much aware of the fact that the CW seems to be playing really well with no issues at all of late. 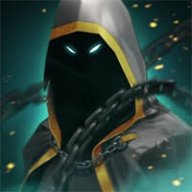 The problem is you play on Play station


Sent from my iPhone using Tapatalk

SP3KTOR said:
The problem is you play on Play station


Sent from my iPhone using Tapatalk
Click to expand...

No, I play on PC, my last PlayStation was a PS2, I find games like CoD too hard to play with a controller.

Well if you keep crashing, I had that problem.. it’s a file that’s not supposed to be there. I don’t remember exactly how to find it now. Get ahold of Activision support in the morning


Sent from my iPhone using Tapatalk
You must log in or register to reply here.
Similar threads