To hype up the kick-off of the Content Season for MW3, on January 10th, Activision released a teaser video for the MW3 DLC:

Earlier today, Activision released a press release to celebrate the release of the MW3 DLC:

And so, without further ado, Activision released a video talking about the two DLC maps that are on Xbox Live:

Don’t worry PC gamers, and PlayStation 3 owners the maps will arrive shortly! In the meantime, why don’t you apply the new patch updates?

To learn more about how to download the maps, see here. 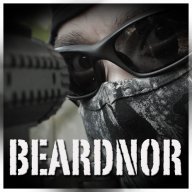 Any word on an official Ps3 release date? I'm hearing Feb something... but no concrete answer.

A lot of people are rather upset. I'm annoyed but certainly not freaking out... but holy hell there are a lot of upset ps3 users out there and IW isn't addressing any of them.

Staff member
Private
I don't know, but I think Feb is the right answer. It's January 27th, so it's not far fetched.

P.S. Can you please avoid double-posting?

I don't think it's going to be that far this time. Since the contract was "expired." Check out an article I posted.
B

if i buy CoD Elite this week or next week will i stilll get this previous map pack for free? 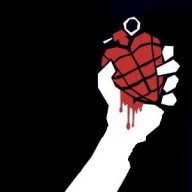 do you know the pc release date? Im dying to know

Boss*Nikka*Checo said:
if i buy CoD Elite this week or next week will i stilll get this previous map pack for free?
Click to expand...

for the pc wil need to buy elite and if so how?
B

MidnightEagle11 said:
for the pc wil need to buy elite and if so how?
Click to expand...

I don't think so, I think its the same that you've been doing for the last... 3 games. As, ya know Elite isn't enabled for PC:

We've been working closely with Infinity Ward and Sledgehammer Games to customize a Call of Duty ELITE membership offering for the PC. Since the PC is an open platform, it's difficult to provide the secure data and statistics necessary for the premium tier of Call of Duty ELITE. Because of this, there will not be an Call of Duty ELITE premium offering on the PC in the near future, but we are continuing to work towards a free Call of Duty ELITE offering and will continue to update the community with more information post launch. As we stated previously, Call of Duty Modern Warfare 3 will support dedicated servers for our PC community, and we will also continue to provide PC gamers the option to purchase downloadable content on the PC as we always have. We are working hard to provide our PC fans the best Call of Duty experience they have had to date.
Click to expand...

However, here are the steps to download it from PC:
View: http://www.youtube.com/watch?v=f6uuwoWpejg

The tutorial uses Xbox Live, but the Store button is listed on the menu.