My thoughts on VR (Virtual Reality) 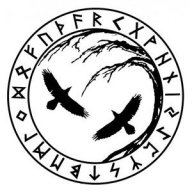 Ok now listen. VR is cool and all but only with certain games. I NEVER WANNA SEE HALO OR COD OR GTA with being able to use VR. Tbh I would quit playing. But games that are AMAZING with VR are horror games such as
Amnesia (I love this game)
Out Last 1+2 (also love these games)
Soma
Lone Survivor
VR would make these games a hole lot scarier and harder. You may wonder how or why well because if you see a really f***ed up pig chasing after you you won’t just stand there. Your adrenaline will kick in even tho it’s just a game. What do you think about this? Comment below and don’t forget to like the thread and follow me on TapaTalk to keep up with all my posts.


Sent from my iPhone using Tapatalk

Staff member
Private
I agree that VR should not be tacked onto the entirety of games like COD, Halo, or GTA. However, putting VR on COD, Halo, or any one of those FPS'es makes more sense than GTA. I'd rather these companies make a separate version with VR, like Bethesda did with Doom. Instead of tacking on VR on the main game, Bethesda is coming out with Doom VFR for PSVR, Oculus Rift, and HTC Vive.
You must log in or register to reply here.
Similar threads