Go over to the COD website and see for yourself 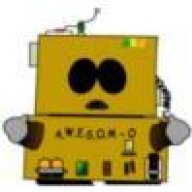 can't get on the site

Staff member
Private
I've seen this leaked on other sites. I've also seen Tacitus revealed. I think it'll be one of the "clans" in Black Ops. I did a wikipedia search on it and it's a german tribe outside of the Roman Empire.
X

it must be a weapons maker in the new call of duty game, Like the photo of the quadrotor with machine gun
i searched COD on the internet and it had this ad linked to the official website saying "What does the future look like?"
That must mean that this COD game will be set in the future, Like FPSRussia said "We won't see this kind of technology in 10 -15 years"

Staff member
Private
I thought we already have this technology in some shape or form. Like, the hover fans that quadrotor has? With a camera? Done. But what hasn't been done is stitching the camera to a machine gun and a remote technology.

The clues currently revealed show that the zombies timeline is set around the late 60's. Which is in line with what I said here. I'm smiling because I was bulls eye on that one.

However, there are others who are saying it may take place in the 90's or the future like you said.