I call this a Rushing guide, however I guess you could call it a mix between a Silent player and a Rusher.

What this guide covers:

Why use a smg? Mostly because you will be entering a lot of close quarter fights, and the sub machine gun was designed for exactly that. Yes, I realize the shotgun was also designed for close quarters but I feel that the ammo capacity of the shotguns in MW3 is just too low to use. You will need a gun with a decent sized clip (More then 1 kill per clip). I suggest the MP5/UMP45/PP90M1. I personally stick with the PP90 as I am beast with it. Assault rifles, as nice as they are, are just not the right fit for a true run n' gun player.

You wouldn't think it would be difficult to select the right perks for a rushing class, but I have seen a few people trying to rush using perks like Recon, Hardline (with a support strike package!) and marksman. All decent perks yes, but not what I would call helping you with your rushing. I personally have Extreme Conditioning(Pro). I find that this perk is a must have with rushing, if you cannot move around the map quickly, then you are not doing your job correctly.

My 2nd perk can vary from time to time but for the most part I use Assasin(Pro). Another good choice here might be Quick Draw or even hardline if you are using the Assault strike package.

3rd Perk is really versatile in my opinion. I have tried a few different ones and they all worked out pretty good. I tend to use Dead Silence more then anything, because when you are running through the enemy spawn, it sure helps to hear them moving around! I will however use Steady Aim from time to time as well. Steady Aim is a good perk for rushing because it will save you time from aiming, and trust me, with certain sub machine guns you can do just as good shooting from the hip as you can wasting a second or two aiming down the sights.

For the love of god, if you have the Assault or Support strike package, USE UAV! It will help you tremendously. You will be up in the front of the fight, if not right around the enemy team. Using your UAV is wise. Keep an eye out for enemies flanking or moving in from behind. But remember!! Not everyone on the enemy team will be on your uav! Keep your eyes open. My rushing class uses the support strike package with Recon UAV, Stealth Bomber, and EMP. EMP does seem pretty useless right? Well the enemy finds it pretty annoying when they just brought in their ac130 or osprey gunner :].

Be Alert and Be smart seem like two obvious tips to me. But let me get into what I mean by it a little. Whilst you are sprinting around the map you are going to need to pay attention. Enemies will spawn in front of you sometimes if you are right around their team. Also you have the "I'm going to sit in this corner" campers who can sometimes be hard to spot whilst sprinting. Pay attention to the whole screen, not just whats in your cross hairs. Be Smart! Know where your enemy is, and where they are likely going to be looking or moving to. Put yourself in their shoes, what would you be doing and where would you be going? Avoid the main battle! It is no use running right in front of your team, head on into the enemy team. Game over, your dead.

Which brings us to Know your lanes! You need to know your maps, and which lanes will get you where on the map the fastest. Seatown is a great example for rushing lanes. This map is filled with different lanes through the map. Know where your enemy team is? Awesome! Use your lanes to flank them quickly and add 4-5 kills to your score.

So, you've managed to get behind the enemy team, you run around a corner and OMG!! The entire enemy team is facing the other way!! SPRAY SPRAY SPRAY!! WRONG!! I know you will get excited when you first see this. But look at the situation real quick. Where are the enemy players? Some in front of the others? Good. Pick off the enemy team back to front! Don't go spraying at the guy thats leading the enemy team into battle, that will just alert the rest of his team to turn around as they watch him drop. Gj, you just blew a killstreak because you got too excited. If you have a silenced weapon, your really setup here, you can pick them off without any of them even noticing. Be smart though, once you start killing the enemy they will most likely be spawning behind you. Be quick but be smart! Then setup an ambush for when they return.

For now this is the guide. I will be adding to it and maybe even taking away from it as I advance with rushing. I hope this will help some of the newbies out.

Just a quick note, I will hopefully be adding videos very soon outlining some of my favorite lanes on maps and good examples of how to use them. Please give feedback and feel free to suggest some more tips. 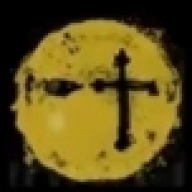 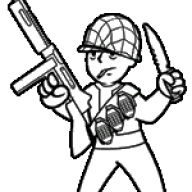 camping exist in real life thought this is a fact...but this is a game so BAN CAMPING LOL

There is a little camping involved in the way I rush as well, I will take out a good number of them, and then based upon where my team is I make a good estimate of where they'll spawn, and setup to catch them coming around again. 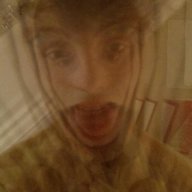 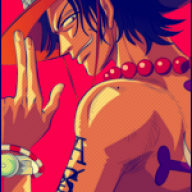 Wanna know what's useful? JUST PLAY FOR FUN & GTE OUT THERE (don't camp, no one likes a camper, even if you suck, it's fun and you'll get a feeling to the game). I started out horribly, I would get killed 30times or so my first times..and would kill 1 person. I was that bad....I was also 15 and my first time playing 1st person shooter games and first time handling a PS3 controller. So you can see how bad I sucked for a while. after some time I got better, now it's been 3 years and I'm a decent player. Not the best of teh bst but I play the objective, I win a few first place games. If I don't win, I go 2nd 3rd, 4th but never below that out of 8-12 members. 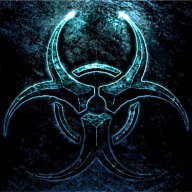 A big help for rushing is to stick to the outside of the map...if you're on the border, no one can attack you from atleast one side...if you run through the middle of the map, your almost always open to an attack from 360 degrees. Pay attention to where your team is and if they're shooting or dying, that will indicate enemy presence. Also keep eyes on all windows and head-glitching spots, a good player will stick to the high ground. If you come across a group of enemies that don't see you and are close together, throw a flash or stun and then a Semtex, frag or C4 and kill them all with one lethal. 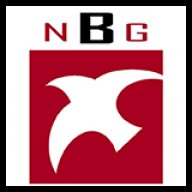 Thanks for this! I tend to be a Rusher, too, so I know the biz. The problem with rushing is most likely a high death ratio. I personally have a K/D of 0.80. Any advice on being a Rusher but avoiding inevitable death?
You must log in or register to reply here.
Similar threads