NOT A HAPPY BUNNY

I thought this game was going to be the puppies privates, sadly not, have the people that write these games not learned ANY bloody lessons from previous games, especially as they are supposed to be as close to typical modern warfare, So where in a normal war would ... 1. A sniper be kicked for inactivity, 2, occupants of a helicopter not die when being hit with a missile (known and seen not to have jumped out first), 3, when a helo can be used as a weapon to chop people up while they are standing next to a solid concrete wall, 4, while shooting an enemy through a fence and not killing them with a HMG, But you die being shot with a single bullet from a pistol through the fence, 5, who do you know who can throw a grenade half way across a map?, 6, how someone not wearing ANY body armour at all doesn't die being hit twice by a 50 cal weapon, 7 why? even though it isn't prohibited by R.O.E. In real life, can you not be penalised for shooting someone out of their Chute and so score points for a kill, 8, why has the game writing not developed enough to stop SHARKING. 9. WHY? when starting a new map/operation and you jump in somewhere that isn't on the direct flight path of the aircraft you meet enemy that you know couldn't be there because you free-looked all the way in, 10, why is it you are told "incoming enemy" 2 seconds before you are shot by aforesaid enemy, 11, why don't APM's and claymores Blow you and or enemy to bloody pieces, you wouldn't heal in real life why heal in an alleged real life game 12, when was the last time you say anyone leave red footprints, 13, how many times in real life do you think a Parachute will open, in my experience (and I've had lots of it) just the once, 14, In what possible scenario would you be totally INVISIBLE TO THE ENEMY, 15, THE UPDATES TAKE SO LONG YOU COULD HAVE READ WAR AND PEACE IN THE TIME IT TAKES TO DOWNLOAD, if they are aware of a problem why haven't they fuckin well fixed it, this game could have had so much going for it had it been written properly in truth it's no better than previous games of this type and I am so FUCKIN glad I didn't pay for it

AND ON TOP OF ALL THAT WHERE THE FUCK HAS PLUNDER GONE, ME and clearly thousands of others who play this game don't want to play in teams, or play last man standing, and not have 4 BR'S of various sizes, you people need to give us what we want and ask for ,, not what YOU think we want... 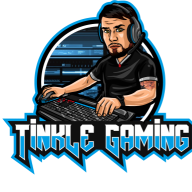 Sorry I have to laugh because you clearly must be new to the call of duty franchise .... because if you wasn't you should know by now that Activision don't give a rats ass because people still keep buying there product.
C

Yeah.. you are right, i should know better shouldn't I. lol fortunately i didn't buy this game, its a freeby and even at the discount price of £37 squidlies it really, really aint worth it ..
You must log in or register to reply here.
Similar threads