Multi Parabellum is recruting for MW 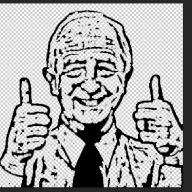 Parabellum(18+) is a clan that takes hold of the essence from the MW series.

We are built up by all kinds of players. All skill levels are welcome, we will have squads for both the more casual player and the Hardcore elite that wants to push themselves and play competitive.

We are a cross console clan, but there will be a squad for each console and one squad for competitive players.
Each squad will have a Squad Leader that will work as both the leader of the squad and a clan officer.

Squads:
P.R.I.C.E Squad – Competitive players.
G.H.O.S.T Squad – PC Casuals
G.A.Z Squad – PS4 Casuals
S.O.A.P Squad – Xbox Casuals
R.O.A.C.H Squad – Newcomers
Parabellum E-sports - Official Tournament team name.
The squads are formed up like this for better overview and nostalgic reasons.
I hope you all are as excited as me to finally be back in the good old days with a proper CoD MW game. You are all more then welcome to come and try us out and see if we are a fit for you! Take care!
Discord : https://discord.gg/g2hhAXb

Parabellum is a pure Call of Duty Modern Warfare clan built by veterans of the Modern Warfare series and is open for all players who share the passion for the CoD MW games.
We support all the Modern Warfare games, but with a larger focus on Modern Warfare 2007, Modern Warfare 2 and the new 2019 Release.
We are open for both pc players and console.
The goal with Parabellum is to bring back the good old clan moments you had when playing MW back in the day. A clan built the way it was supposed to be, a group of players as one, making memories and have legendary moments together.
So, if you still have the urge for the good old days and are feeling nostalgic, come join us then. Let’s be nostalgic together!
Each squad will have a Squad Leader that will work as both the leader of the squad and a clan officer.
Squads:
S.O.A.P Squad – PC Competitive
P.R.I.C.E Squad – Console Competitive
G.H.O.S.T Squad – PC Casuals
G.A.Z Squad – Console Casuals
R.O.A.C.H Squad – Newcomers
Parabellum E-sports – Official tournament team name.
The squads are formed up like this for better overview and nostalgic reasons.
Events:
Parabellum will have 2 leagues going between members. These are meant to have some healthy competition between our members.
1. Masters League Gunfight. Team up with a clan-members of your own choosing and fight through the Gun Masters season and earn points and in the end win the trophy and prices.
2. Champions League S&D. Teams of five battle through the season in leagues of 4 to qualify for the playoffs. Win trophy and prices.
A little about myself as founder of Parabellum. My in-game is Farfar. I have thousands of hours in both MW1 and MW2, I have been waiting for a cod game for years that feels like they did in the old days and its finally here. If you are like me, a cod fan and nostalgic about the good old days. Come and join me, help me build a good old fashion COD MW clan like we did back in the day.
There will be no kingpin on the top, the clan will be controlled by all the squad leaders like equals!
Thank you for reading and I hope you have a good day and enjoy the new Modern Warfare game!
Discord: https://discord.gg/RR3MnBA
W