So, where are tanks and other vehicles in multiplayer? +feedback

I've played COD: MW/Warzone and that was excellent experience!

I just bought COD BOCW and this game however feels like a lackluster so say at least.

But to start with my question: how can I drive a tank or a chopper in multiplayer? There are many different vehicles in the game customization screen, but so far I've only found boats as playable.

In MW there were a lot of different vehicles to drive in ground war, so where are they here?

Then some strange bugs or missing content:
- On PC, I can not click back buttons after the battle, I need to hover, then move pointer and then go back over the button for it to become active (clickable). Is this a new bug?
- How can I save weapon loadout? I mean that is basic.
- On some small multiplayer maps, spawn rotation is just crazy! Spawn changes every minute or so and in an unpredictable way. I know the idea is to make game more dynamic, but this seems just chaotic. Maybe if there was some indication of spawn change it might improve the situation.
- UI looks like alpha. Is this really the new norm now? I've installed MW now just to compare and man does it look and feel better.
- All weapons mostly feels the same, maybe because of the sound design.
- Lots of maps are just ugly.
- Overall graphics (textures) looks washed out.
- If unlocked weapon has new attachment unlocked if will cause the whole weapon category to appear as unlocked (green dot) and there is nothing you can do about it until you unlock that weapon.

As a side not, I've also tried Warzone now and for some reason it looks much worse then I remember. For example, player model in a chopper is low poly until the end of the jumping sequence. Game looks blurry for some reason. Did they degrade the graphics there (to move players toward paid products I suppose)? 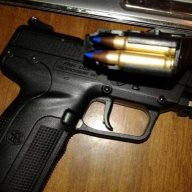 There gotta be combined arms map available
You must log in or register to reply here.
Similar threads