Something has been bugging me about CoD characters.

So, here's the thing, I can choose to play as a number of different characters, I can pick different races, different genders, there's even 1 with a missing leg, but other than looks, what's the difference between them?

Like guns, I can't help thinking that there should be some differences like some characters should have faster-sprinting abilities, some can carry heavier weapons, jump higher, hide better, hold their breath longer, get to ads from sprint faster, and make really good scrambled eggs in the mess hall etc...

Or would that be getting too close to RPG territory?

I sometimes just feel that there should be more benefits to changing characters other than their on-screen appearance.

I'm sure there's a reason why this doesn't happen, but am the only 1 that would like to see it tried and tested? 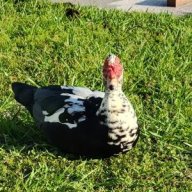 i agree there should be away to personalize your own player thats your own.

Staff member
Private
There are 3 games that utilize this "freedom" of customization: Call of Duty: Black Ops, Call of Duty: Ghosts, and Call of Duty: Advanced Warfare. Black Ops not only allowed you to customize your character, it also altered your stats.

Ghosts' customization design was kinda bare, almost like Call of Duty: Modern Warfare 2019.
Black Ops allowed you to customize your weapons/perks as usual, but as you customize your weapons/perk, your character is altered, as does your perks/weapons/stats. It was good, but also clunky. I dunno, there's just something off about it. I think this is why people didn't [really] like it then.
Advanced Warfare straight up allowed you to customize your characters, not completely, but it allowed you to customize your character set, and parts. You could get new hats, helmets, sunglasses, etc. You could get gloves, exosuits, boots, whatnot. Problem: The implementation was universally mixed. People did like the customization, but as seasons go along, Sledgehammer Games put too many "variants" of the same thing, which hurt their implementation of microtransactions. Black Ops 3 sort-of followed this model, and Black Ops 4 went all out with it. Players got pissed. Infinte Warfare comes out, and people like the microtransaction system. It was implemented into Modern Warfare Remastered.

Today, we have a better system. Now, you only have to tell Activision which customization system you want. I would tell them Advanced Warfare, which is what you're asking for.