Still crashing to desktop after 5 minutes...

Hi!
First day it crashed all the time. Fine. New patch came. I could play for 90 minutes without a crash.
But then another patch came and not its back to crash to desktop after 5 minutes each match. No message either.

The same for you? Unplayable right now. 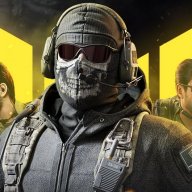 I found a trick! if your card is invidia?.
H

Yes it's nvidia. What's the trick?

ok, this is working stable for me and not guaranteed to any and you, I don't uninstall the new version of nvidia 442.59. but i did install another version ---> Nvidia 441.87 see the link? https://www.nvidia.com/Download/driverResults.aspx/156282/en-us
Note1: Don't restart the computer just play after install. Note2: I did this always if i turn off my computer

this next step is if the game still restarting.
after install the old version of invidia, when clicking play on battlenet try to end task some application that are not useful like: microsoft edge, google chrome, microsoft store, any apps that are not useful and make your CPU 10% below running.. mine is 2% after exiting some apps.
and then go back to game.

in the game try to lower graphics except the text resolution set to normal or more.
i dont think monitor resolution also matter but still i set to 1152x720 and render resolution 100

if still doesn't just try another version of nvidia video card
You must log in or register to reply here.