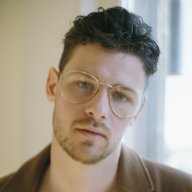 I'm new to PC. I've play FPS on console for years, but recently switched (partially) to PC because I've been wanting to try out Arma/Tarkov eventually when I have the general skill & equipment. I've been on Modern Warfare since January on PC. Leveled 140ish for the second time since release. I've been grinding with snipers. Played with some console friends last night (my bois back home, no one cheats or hacks that I play with, that I know of). Servers are having maintenance issues. Whatever.

I log on today to play a few games before dinner. I'm having connection issues. Then this image shows up. It holds for a few seconds, and then goes to "connection issue" with the general notice about maintenance. I've never been banned before on any game, and I haven't done anything. My friends are kind of furious because they all curse and make really edgy jokes. We don't mind being a little toxic in game chat -but I'm the guy who almost never says anything at all. Maybe a your mom joke.

Has anybody else seen this while logging in? Or am I going to have to play on console for a few days?

Also, this "no contest", "auto review" things really sucks if this is real.

Staff member
Private
Yeah, it's a ban. It's not what you said. (Or what your friends said.) It's probably what you did.
B

They dont just ban people based on reports so I doubt that your friends beeing toxic could get you banned. If they get enough reports on the same player they will monitor the profile and then if it turns out to be legit reports then a ban Will be issued
You must log in or register to reply here.
Similar threads