Who am I to be telling you how to fix your PC?

On a scale of 1-10, with 10 being expert, I would say I am at 7+, I don’t see myself as an expert but I think I am a little above average with my PC knowledge as I have over 20-years’ experience of building, expanding, tinkering, getting things wrong and then working out how to put them right again. But as I said, I am far from being an expert like Tiny Tom Logan, Linus, Bitwit, tech Jesus from Gamer’s Nexus, etc…

I am still learning but thought by sharing some of the things that I have picked up over the years so we could help each other learn should you find yourself in a position to need this guide.

I think it is important to note that any information beyond this point is provided with no guarantees or warranties, I can’t think of any reason why following this advice might cause your PC or laptop to develop a fault, but I can’t accept liability if it does, so be cautious and use your own judgment on how you read and follow this guide. Any action you take is taken at your own risk.

What this guide is

This guide is aimed at giving people a starting point in trying to deal with some of the issues that they might encounter when trying to play Call of Duty: Modern Warfare or Warzone on PC.

I’m also assuming that the game and all parts of the associated software are up to date and have been through the repair or file verification stages to ensure there are no faults with the installation of the game software.

On some motherboard and CPU combinations, there is also the possibility that a BIOS update might be required for that combination to work at its best, that's something that a Google search for your particular CPU/motherboard combination will reveal.

What it is not

This is not a comprehensive guide to fixing all issues, it should help identify where the issues are, often that’s the more important part to solving the problem, but it won’t cover hardware issues such as faulty RAM, bad hard drives/SSDs, issues with Windows not starting or bluescreening, or software issues that are not directly related to the game but are issues that are present on the PC/Laptop.

I am also not going to suggest fixes, just find ways to identify faults, as I said above, troubleshooting starts by identifying the reason for the issue before we can identify the solution.

Getting help with MSi Afterburner

MSi Afterburner can measure, track, and chart various metrics that will help identify an issue that is preventing hardware from achieving the best results it's capable of.

In this short guide, my aim is to highlight how we can identify where the problems lie using MSi Afterburner as a diagnostics tool, it's not the only tool you can use, but it's a comprehensive set of gauges that help to identify issues..

One of the most obvious places to look at is temperatures, modern components have sensors that can report temperature and MSi Afterburner can display this temperature information for us. Using the information that's available to us, such as AMD's, Intel's, or nVidia's product specifications for the CPU we can determine what the normal operating temperature range is. If MSi Afterburner reports the temperature as higher than the maximum then that would clearly indicate where the issue is and steps to improve the cooling in order to stop thermal throttling can then be taken.

Higher clock speeds increase temperatures, lower than expected clock speeds could be the result of thermal throttling or they could be a symptom of another issue, I will address clock speeds for both CPU and GPU in this same section.

Using the manufacturer’s specifications, we find our typical operating clock speeds, usually, this will be listed as a base, or core clock speed and boost speed.

If a PC is underperforming then we need to check that our components are not falling below that typical range of speeds. For example, if a CPU has a core clock speed of 3,600mhz and a boost speed of 4,400mhz and the CPU is operating close to or even below the core speed then that tells us the issue is likely to be with the CPU and not the GPU.

Knowing this we could start looking into why the CPU is not achieving the expected operating speeds.

The same goes for the GPU, we can see on the GPU manufacturer’s website the speed range (core and boost). Check the manufacturer of the GPU and not the actual chip maker’s site as the manufacturer may have created a custom BIOS giving the GPU a higher clock speed range than the original specification from the chipmaker. Usually, the only GPUs that stick to the original chip specifications are what’s known as reference designs or sometimes Founders Edition drives, if you’re using a reference design or using a laptop and don’t know who made your GPU then stick with the information you can find on AMD’s or nVidia’s websites.

If both your CPU and GPU are operating below expected clock speeds it might suggest that they are not getting enough power, using Windows Power and Sleep settings you can go into the Additional Power Settings where you can select or change your Power Plans. This is something that would most likely apply to people using laptops and not so much on desktop PCs, but it is something worth being aware of.

This is about how much your components are being driven, higher utilization means that your CPU or GPU are being used more fully, so a CPU that is running at 98% utilization when playing a game is doing a lot more than a CPU that’s running at7% while you type a document like this one. Here it is worth noting that newer Ryzen processors use an AI algorithm to try and deliver optimum levels of performance whilst also maintaining between 50-60% CPU utilization maximum, this is better for keeping thermals down and also for multitasking as that extra capacity can be used for other processes such as streaming your games as you play. If you have an AMD Ryzen processor, do not be alarmed by this, it is how it was designed.

Now if your CPU and GPU are working well together both will show high levels of utilization, but in some games, you might find the programming works one component more than the other.

Using MSi Afterburner you might be able to spot unusual levels of CPU or GPU utilization, say for instance the GPU is showing low levels while the CPU looks like it is stressed to the max at 99-100%. This might be a game engine issue but could also indicate that your GPU is too powerful for your CPU and the CPU cannot provide enough data to keep the GPU busy. This is potentially a bottleneck in performance if it is happening in every game, if not it might be an issue with that one game.

If you picture a bottle in your mind, yes you can drink the contents first if you must, you will see that the bottle is wide at the base and narrow near the mouth of the bottle. If the diameter of the bottle were to represent how much data, instead of liquid could pass through it, you can see that the closer the liquid gets to the narrower top, the less liquid or data can flow through.

Typical bottlenecks are where a very powerful GPU gets paired with a not so powerful CPU, imagine an RTX Titan X being matched with a Celeron processor, one is designed to deliver phenomenal performance the other is designed to be a cheap, basic processor. Or going the other way, you might have an Intel i9 matched with a GTX 1050, all of that immense CPU power but no power in the GPU to match the input the CPU is capable of driving.

High utilization with high clock speeds in either CPU or GPU when compared to low utilization and clock speeds in the counterpart is an indication of a potential bottleneck, this is the time when you might want to consider upgrading a component or maybe the entire system.

What to do next

I can’t offer solutions and how to fix things in this guide, the main purpose was to help identify what’s going wrong in order to start working on a solution, often the answer is in the diagnosis, but it’s not always that apparent.

Start by looking at what you can learn from MSi Afterburner and then post results and questions for further help should you need it, if you can capture a video (a supported feature in MSi Afterburner) of the fault or issue then we can use that video to see it for ourselves, and pick up on what's happening then help point you in the right direction.

If you find this guide to be useful then please share a link with your PC gamer friends can read it too, even if they don't play CoD, they might find it helpful in the games they do play. 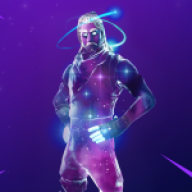 You are right that it is imperative to know the exact problem before your find its solution.

So many people don't know where to start, I thought this might help someone with a little technical knowledge that wants to try and learn more so they can do more.

If I can help one person, I will consider this a success.