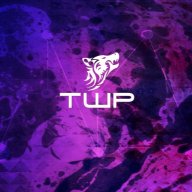 
Fed up playing call of duty modern warfare by yourself and feel like you want to squad up with a group ? Well look no more .....

"The Wolf Pack" is now recruiting for casual ,competitive players who like to be part of a great team.


We are a very new community(born 2019) of mature PC gamers who value character, honour and professionalism.... most of the time
We are diverse and open, with members from all across the world.
We are organised and stable, with opportunities for both competitive and casual players.
We accept players of all skill levels and help members grow at their own pace.
We are respectful, determined, and proud to be [TWP] members.

- Minimum Age of 16
-A working microphone
-Must have Discord (Link to our discord channel : https://discord.gg/CTTJPEn
-We will accept players that are in different clans in other games , and also anybody that just wants to come in for the -Banter

-if any of the above looks appealing to you please feel free to check us out on our https://discord.gg/CTTJPEn channel,
for any other bit of information that you might require o any help with joining us please gut in touch on our Forums or DM one of our members in Discord.
Supporting streamers all day long .


Not required : to be a member to play with us and join on our discord channel
NO Application to fill in join and your IN.
W

9pm cet tournament on the 16th of november, we will be hosting a all new Mike Myers game, the rules as follows - Mike Myers to use the NVG, while not letting the hiders use it created a ton of tension and exciting moments, search and destory removes callouts and nameplates so the tension will still be high! Mike: Origin 12 Shotgun : No Stock attachment Combat Knife Double Time High Alert Tracker Throwing Knife Heartbeat Sensor Field Upgrade : Dead Silence We chose the Origin 12 Shotgun as it was the gun with the highest base mobility, and since we can't equip fists and a secondary, figured it was the best choice. Combat knife is self explanatory. Double Time for the quickboi, High Alert to make it little easier for Mike, and Tracker so he can see his victims as well as prevent them from seeing where they're friends died. Throwing Knife seemed like the best tactical to go with. Heartbeat Sensor gave Mike an extra tool to find his victims. Dead Silence is pretty necessary to give him the element of surprise! Victims: Model 680 : Tac Laser, XRK Truegrip Tactial, Tube Extension X16 : Oil Can Suppressor, Vanguard Elite, Tac Laser, Match Grade Trigger, 26 Round Mags EOD Hardline Battle Hardened Thermite Smoke Grenade Field Upgrade : Tac Insert


Also In Game Rules: MAKE SURE EVERYONE GOES INTO THEIR AUDIO SETTINGS AND TURNS DIALOGUE VOLUME TO ZERO. This eliminates callouts being heard by anyone in game. Mike Meyers goes to one team, every one else on the other Once game starts, Mike must wait at least 30 seconds in his spawn to give time for the victims to hide Mike Meyers is allowed to use Night Vision, VICTIMS ARE NOT ALLOWED NIGHT VISION Nobody allowed to kill Mike until 1 minute mark Remaining survivor becomes Mike Meyers next round(note - if more than one remaining, randomly select mike from winners) If Mike Meyers wins, he stays Mike but is given a handicap for every consecutive win-Handicaps could include disallowing night vision, no heart beat sensor, and so fourth

hey feel free to join in with us, we have a few up comming events, also you can apply to join our compitition team. 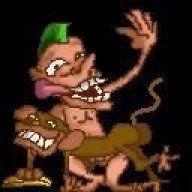 come join us and have fun, team up, join us on our discord....https://discord.gg/2zg6JfZ
A

Hey guys, I'm looking for members to join The Wolf Pack (16+). We're a community driven multi-game clan that has a CoD Division with many casual EU & NA players. We play a mix of modes from HC Dom to S&D, so you'll find players for any gamemode you like.

There's no sign-up process, join our discord, ask or hop in a voice channel and meet and play with everyone!