Xbox Live Want to be part of a friendly team? Join the Lantern Corps.! 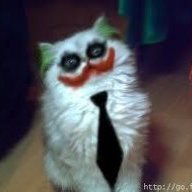 Earlier on when I had first joined XBL, I had a small, tight group of people that I frequently played with.

With a bit of passing time, I don't exactly play with those people much anymore. Some of them I don't even have added anymore.

On Friday, I was talking with a friend of mine, and we decided to go ahead and start a clan, of sorts. We're both major DC nerds, so we decided to name it after our favorites, The Lantern Corps.

As far as membership goes, any skill level is accepted. K/D and W/L don't exactly matter to us, we're all about just being a group and playing together.

If you're interested at all, message me on XBL for details. We could really use some new members. GT is IridianSolace.