So, when I checked it tonight, I noticed that not only was it a crappy CPU fan, it was also loose.. Not cinched tight to the MB..

I really hate this kind of CPU fan, the kind with these quarter turn type connections.. So I cinched it up as best as I could and ran SPECCY which told me my CPU Temps were down around 40 degrees.... From low 70s C to mid 30s C...

So, not expecting much of a change, I loaded up Warzone for a quick round..

Unfortunately, the HML log didn't pan out, but I'll play with that in the morning...

I am also going to re-run the 3DMark graphs and compare it to what I got yesterday...

Cool. That sounds like good progress. A new CPU doesn't have to cost a lot, so you should be sorted after that.

And the good news continues..

Note the GPU usage has more than doubled!!!

I have some really good Arctic Silver 5 Thermal Paste I am going to apply today and I have a few cooling fan/heat sinks flying around my house..

I am thinking (AKA hoping) that with the good thermal paste and a better CPU cooling rig, I might actually see the 120-150 FPS I was hoping for..

Then maybe upgrading the CPU or even MB/CPU to a 10th Gen???

And RTX Nirvana would finally be within my grasp!! Heh

I couldn't have gotten this far without ya'all's help... I am forever in ya'all's debt...

But my question is... Since the current CPU Cooler/Fan has those funky twist/clips... 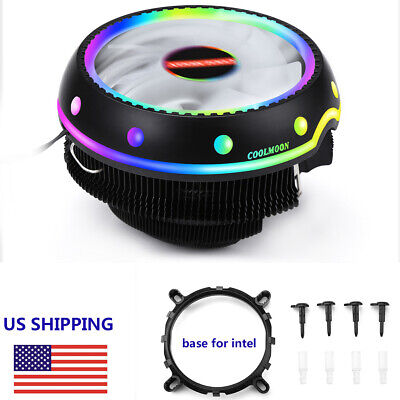 AntiCheatAgent94 said:
I got my eye on this CPU fan...

But my question is... Since the current CPU Cooler/Fan has those funky twist/clips...

Disregard.. I see the funky clips at the bottom of the graphic...

That's great news, I've been saying from the start that there was a system issue and I am sure I would have mentioned both GPU and CPU temps.

So this is the part where we can reflect on the lessons that have been learnt here.

First and foremost, it is a good idea to reference component spec sheets so we are aware of things like operating speeds, temperature ranges, and thermal throttling points. If we had that information we might have recognised the cause a lot sooner and then come up with a suitable solution.

70c for my CPU is perfectly fine, it looks like it is not ok for your CPU.

The advice you were given on the EVGA forums was pretty bad advice IMO, they went straight to get a new mobo and CPU.

I've been saying that now is a bad time to upgrade to a DDR4 based system from the start, unless you can get a really good deal, which I think you did.

But now you have, stick with the 9th gen 9400F for at least another 3-4 years, by which time DDR5 should be more widely available and more affordable, as we as faster, so a new mobo and CPU combo would be more manageable.

AntiCheatAgent94 said:
I got my eye on this CPU fan...
Click to expand...

A decent cooler would help you manage your CPU temps better, this does not look like a decent cooler to me. They couldn't even spell Pentium right in the product description. That cooler is more of a showpiece than a decent cooler, I would avoid it.

AntiCheatAgent94 said:
Disregard.. I see the funky clips at the bottom of the graphic...
Click to expand...

Too late, I don't think I could ever unsee that design, it's etched in like a deep scar! I think I'll live though.

Good points all around...

I do remember you mentioning the CPU specs, but I got side-tracked by the GPU and low % usage...


KeyboardDemon said:
The advice you were given on the EVGA forums was pretty bad advice IMO, they went straight to get a new mobo and CPU.
Click to expand...

Yea, the suggestions to buy a new MB/CPU struck me as kind of elitist.. I guess those can afford to drop $2K-$3K on new upgrades.. There was a time that I could have done that.. Unfortunately that is not today..

"There will come a day when your people will be welcomed back to Atlantis. But today is not that day."
-Commander Hela, STARGATE ATLANTIS


KeyboardDemon said:
Too late, I don't think I could ever unsee that design, it's etched in like a deep scar! I think I'll live though.
Click to expand...

I brought my MB into work today. Really secured the Cooler properly and put in some good Arctic Silver 5 Thermal Paste.. It's only a half day so when I get home, I'll fire up this puppy and see where I am at..

Thanx again for all the help...

NP. I got your six buddy.

Take a look at this CPU cooler review, this is both cheap, pleasing to look at, and a decent cooler, according to Jayz2Cents: