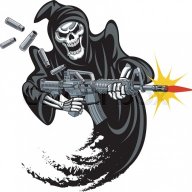 What a joke kicked cos of inactive after only being still for 3 secand get the fucking game sorted for fuck sake get things sorted before bring new stuff out.

wish i could get my money back on this game cos all they dos it what we dont want changed wait of money this game DONT BUY IT is your gonna play it only play the free shit.

GAME MAKERS ARE A COMPLETE JOKE 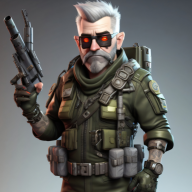 Exactly, unless he's talking about the Battle Pass, which you do pay with your money.
H

That game is pure shit, Deleted it months ago. If you always want to go up against pathfinder and wraith lmao. yeah they been nerfed, That game was good at beginning. then same maps for months Op toons hit detection problems, Hacking like warzone. sbmm is a joke. just my 2 cents on that shit game
F

At least Apex has SBMM and matches me against opponents of equal strength.
In WZ a level 5 gets paired against level 155! That's just plain dumb...

A level 5 hasn't even prepared his perks like cold blooded and ghost.
He has no good blueprinted weapons either...

Even the level 155 teammates won't be happy to get paired with him!

Carlos said:
Exactly, unless he's talking about the Battle Pass, which you do pay with your money.
Click to expand...

Unless you've earned 10x 100 cod points by ranking up, so you could get it for free.
C

BarrieBaflap said:
Unless you've earned 10x 100 cod points by ranking up, so you could get it for free.
Click to expand...

Doesn't everyone do this? Surely there aren't people out there spending money on a Battle Pass each season.

CMCFLYYY said:
Doesn't everyone do this? Surely there aren't people out there spending money on a Battle Pass each season.
Click to expand...

But for most people, you'll need to pay for the Battle Pass > Earn COD Points using Battle Pass > DON'T SPEND IT, YET > Buy Battle Pass when Season "X" is live. Rinse and repeat.

The thing is, some people are tempted to buy the bundles. And don't even think about the NEXT Battle Pass. This is the trap they [Activision] want.

I actually did option #1 by saving COD Points over the years, I had half of the COD Points. So, all I had to do was go through Battle Pass 1, earn the free COD Points. The first thing I did in Season Two was bought it. From there, I never had to "buy" Battle Pass. +whistles and walks away+
You must log in or register to reply here.
Similar threads
Armor Plates are a joke
Joke
A Joke!
Share:
Facebook Twitter Reddit Pinterest Tumblr WhatsApp Email Link