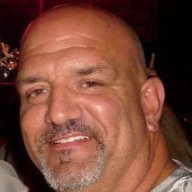 What Happened to 24/7 Das Haus?
Tons of people were playing it and Loved it
This was like "Shoot the Ship" on COD MW

I hope more people read this and agree with me about small maps
Please comment below (Snipers Need Not reply)
regards, Rick

Mate, I'm with you on that. Das Haus is the map for me to quickly unlock weapons.
I think it will settle there very soon, don't worry. In the meantime you can play "Tiny Tactical", it is often occurring in Das Haus and you will get your close and personal experience

Frustrating, because there were times when I played where I'd come up against a constant barrage of airborne kill streak kills so I'd be constantly pinned down.

The most fun, because they were both frantic and you had to be constantly moving, and I'd play those maps at those times with a massive smile on my face, and like you, that's something I miss a lot.

Not only did they bring Das Haus Back but also Shipment
And now we have "Ship Haus".............YAY !!!!
You must log in or register to reply here.
Similar threads