Why do I get too strong players in League Play? 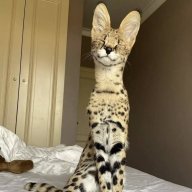 I've been playing for a shot time, and I've noticed that I have 36% of victories overall, even though I usually end up on the 1st or 2nd place in the scoreboard. I often notice players with diamond skins on their weapons in League Play. Is that possible, when I've only played like 20 matches in League? I would think that I tend to lose this often, because I actually suck at the game, but I really take higher places in the leaderboard, and it just looks like I always get players who are a lot more skillful in the opposite team. Is something wrong with the rating system? I've played a couple dozens of matches in multiplayer before playing in League, and got lvl 40 or so, but I don't understand why it is so much harder for me to play in League, than in multiplayer itself.
Help?
Thanks.