all right this is gonna be a long story, so please bare with me. i play mw3 mw2 black ops 1 and 2. i am mainly a quickscoper but i do alot of machine gun stuff too. i dont do alot of rushing, or staying back, im really good with mp7 from mw3 but suck with it in black ops2. i also love the mpl rapid fire from black ops 1 but cant find a gun to match it. i usualy ran uav counter uav and blackbird (because i could get them) now in black ops 2 i run low killstreaks and hardly get them (uav counter uav hellstorm missile) i am completely stuck with what game mode or classes, no gun suits me in black ops 2 (besides quickscoping but i tend not to do it much) i usually play snd on other games but snd seems different on black ops 2, id play team deathmatch but theres no bonus exp really... and i always die faster even though i seem to aim first and be more accurate with more bullets, i also have really good vision (being a midfeilder in soccer) so i can see even the slightest movement, the best im doing is probably the AN-94 but i still suck anyway... is it just the starting noobs? or do i really suck bad at black ops 2, any classes that u guys are really good with that u are willing to share? (please dont say MSMC ive already tried that), thanks for the help.

i also have a full bar connection in almost every game

Review this thread that I have posted on a few times:

I give out some tips on what made me a better BO2 player. When I started BO2, I sucked pretty bad too. It tripped me out because I've played COD since the first Black Ops. I was a 1.87 when I started the first BO and then when MW3 came out, I was a lot better, 2.13. Now in this game, nothing seemed to really work. Then I started to really think of how the maps and game is designed, then I built my class around that. I used to only use assault riffles, but in this game I have resorted to SMGs. A lot of the maps are a lot smaller in this game so it appeals to the run and gunner.

Try out the PDW, I love this SMG. It comes with a 50 round clip.

Further, I like to sneak around the edges of the map, so I use Ghost and a silencer on my weapon. My class is setup like the following:

Perks:
Ghost and Hardline (Stay invisible and I like to go for the higher kill streaks and hardline takes 20% off)
Toughness (I say this is a must, a lot of gun battles are up close and you don't want to jump around alot)
Engineer (Nothing worse than running around and getting killed by a dang bouncing betty)

Lethal:
Bouncing Betty (These are awesome, especially if there is a camper sniper in a window. Just throw it in and watch it work) You can also use a C4 here too.

As for score streaks, I like to use Stealth Chopper, VSAT, and Escort Drone. If you can get the Stealth Chopper, you should have no problem getting the other two. These three build on themselfs really nice. Drop the Stealth Copper on one side of the map and run around the other side of the map with the escort drone above you. It's great because every chopper kill is 25 points and the VSAT assists are 10 points (until you die). If you're killing people consistently while they are up, then it's really easy to get the three score streaks again.

This is a run and gun class, but has really made me enjoy the game a lot. I'm not a sniper/shotgunner, just seems cheap to me. I like a challenge when I play and using those don't give me a challenge, it's to easy. Oh same goes for target finder, blah so g@y.

Also, switching to a pistol when you're out of ammo and in a gun fight is WAY faster than even attempting to reload. Try to switch to the B23R instead of reload and fire off a few rounds to get that extra kill instead of dying when reloading.

Lower your sensitivity down. a notch or two. Once you get a good feel for it, gradually increase it.

Lastly, in my opinion, knifing is a joke. I have switched the knife button with the drop button. I don't drop shot to much, but it's way better than missing a knife and getting killed. I just shoot from the hip rather than knifing and it works out a lot better in my opinion.

thanks, this really helped, im still gonna run my same scorestreaks tho. thanks again 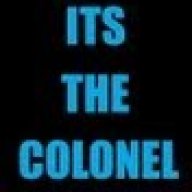 I have never used the PDW but it seems to be pretty good. The gun I have used the most in Black Ops two is the MP7. I am not a really good gamer or anything but my recommendation is get a gun or two that is well used by other played and play with it while. With practice you will get better.
I use the mp7 with grip and reflex sight.
I am using the peacekeeper. It is not amazing like i thought but it is actually pretty good. If you have I say use it because it is a good mix of low recoil, range, mobility, and fire-rate. 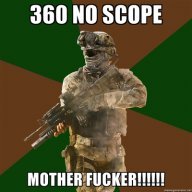 Find the right guns for you, try more and more. I personally use the Type 25, PDW, Ballista, DSR, CrossBow and R870 MCS. I can use all of these depending on what mood I'm in. Running and Gunning, Staying back, Having fun or just shot gun raining.

If you can find the right ones you'll be better. I'm currently only playing on the 360 because they've not released the Season Pass out on the PC. I use different guns on the PC to keep up. Just play about on Custom Games with Bots and see what gun you prefer. 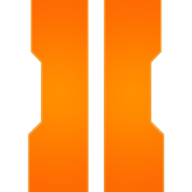 If you want a good all-around assault rifle go with the M27 with silencer and extended mags. It won't be hard to use due to the low recoil, make sure to use toughness if you want to take full advantage of the low recoil.
M

if you suck well start doing this lol View: http://www.youtube.com/watch?v=Bv50Ki1wg88

Arctic-Rapter said:
If you want a good all-around assault rifle go with the M27 with silencer and extended mags. It won't be hard to use due to the low recoil, make sure to use toughness if you want to take full advantage of the low recoil.
Click to expand...


Didn't that gun get Nerfed in the March Update though? Positive it was. Also the PDW and MSMC were definatly nerfed so don't use them anymore. I'm struggling to get back into Automatic guns after sticking to Snipers, but the Vector is quite a nice gun. Almost got it in Gold too.