Wondering if anyone on here has had similar issues and can potentially help me. Had Black Ops Cold War on Xbox One and played Zombies Outbreak with no problems for many months. Can still play currently on Xbox One with no problems. I upgraded to Series X and bought the crossgen bundle so I could play upgraded graphics. I have unfortunately since had many problems playing outbreak (pretty much only version of game I play) with my friends.

Firstly, I always get booted and the game fails if I am the host in Outbreak (I play with my friends who use either Xbox One or Xbox One S). This sometimes happens level 2 sometimes later, it only happens when warping through the portal between levels. At first I figured it was a 'crossplay' issue as my friends are using a different xbox, however my friends who use the Series S do not have this issue when playing with people on Xbox One. On 'Firebase Z' or 'Mauer de Toten' I don't seem to get booted if I'm not the host, it freezes if I am.

The problem does not appear to be internet (because it works with my Xbox One which is also hardwired to the router and on the same network). I tried uninstalling and installing the game again and interestingly it had quite a few errors. When I started it up the first time I got the 'Cold War 43 Good Wolf' error. Then I got some sort of installation error, then it told me I had not installed the game and I had to purchase. After a few hard resets and switching back and forth between games, it eventually worked. So I jumped in a game of Outbreak with random people and was booted level 3. I am now installing again for the third time (in the hope that the first two were just some sort of glitch!?) The errors I get when booted from Outbreak include 'Unable to join party (3)', 'lost connection to host,' etc. Usually only I get booted but it also sometimes boots other players with me.

Spent a lot of money to get this game at its maximum level and yet somehow I've managed to make it worse. If anyone has any advice on how or why this might be happening I would greatly appreciate it. Even if it's just new ideas to try. 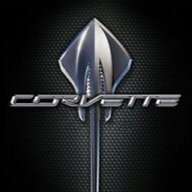 DUDE!!! Me Too except Im on PS4...recently upgraded to PS5. I play private matches with a select few people...we almost never make it past Level 4. Get the same connection lost and it boots us. 70% of games that make it past level 3 end in connection lost. Happened on my PS4 now happens on my PS5. We are about to give up on the game as its almost unplayable when doing private on Zombies. Outside of private no problems at all. We think the wonder weapons might have a link to it...as it almost neve makes it past the following level. Last night we both got Ray guns....went to level 4 and he lost all guns and perks. Game kicked us out about 2 mins later. Super pissed
You must log in or register to reply here.
Similar threads