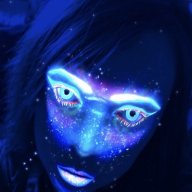 DizzyDemon said:
I'm not sure if it is the Squall that seems to produce a small amount of what feels like drag, if I try to turn my gun with the trigger held, it might be the Squall or it might be the monolithic suppressor, but OMG, I can shoot at people and it's like they don't know I am shooting at that them sometimes. Close quarters are still not easy with ADS but I have won some hip firing, probably a time advantage and spread helping me there, also I swapped my thermal site for a scout combat optic and have noticed the slightly faster ADS, I like this more than the last loadout, I adapted to it faster than I did before.

Yep l believe that’s the one l was talking about