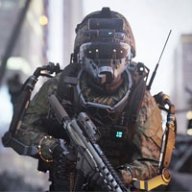 Don't expect to be able to quickscope in Call of Duty: Advanced Warfare. Sledgehammer has come out & stated that they've made some adjustments to keep the sniper rifle from being overpowered in that manner. Here's the official quote:

“We’ve done some things to make sure snipers are not able to take advantage of their properties – for example, there are attachments based on weapon classes that are specific. The ability to quick-draw with an assault rifle is important, but you don’t want to have the ability to quick-draw with a sniper rifle because that lends itself to being a faster, quick-scope model.

“We spent a lot of time trying to focus on it so I think sniper class players will find that it’s a really rewarding experience, but it won’t be over-powered relative to their peers.”​
If they stick true to their word & they've removed quickscoping, then I have a feeling I'll be playing this game a lot more than usual, lol. 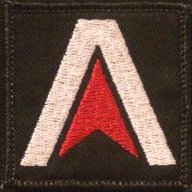 Prestige
I'll believe it when I see it. Infinity ward stated same thing for ghosts, and how did that work out?

JamesGames said:
I'll believe it when I see it. Infinity ward stated same thing for ghosts, and how did that work out?
Click to expand...

Very true. However, it's great to see that they removed the ability to "quick draw" sniper rifles, which should reduce quickscoping.

Prestige
I don't think I've seen a more beautiful piece of information about advanced warfare. I really hope that they stay true to their words. Because if they do, Sledgehammer will become my new favorite company.

WhoIsDo said:
Very true. However, it's great to see that they removed the ability to "quick draw" sniper rifles, which should reduce quickscoping.
Click to expand...

... until the QS "community" cries wolf and it's patched into the game. Sadly they feel as if they deserve to have that ability.

My biggest question is will toughness be built into sniper rifles like it was in BO2? 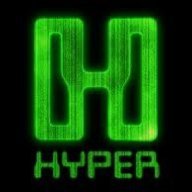 I'm glad but also sort of sad, call of duty has been known for its quickscoping

Hyper said:
I'm glad but also sort of sad, call of duty has been known for its quickscoping
Click to expand...

That's not a good thing.

JamesGames said:
That's not a good thing.
Click to expand...

At the start, it was known for its campaign and revolutionary multiplayer, and once the "quick scoping" exploit was found out, it spread like wildfire and has plagued Call of Duty's MP ever since.

I know what you mean, quickscoping is very annoying but is has been fun but I agree, I am looking forward to a game with purely the skill of a proper gun, but I might go back to other cods to experience it once again