i posted a new video in the cod vanguard forum playing with new monitor in 1440p. thought i might of had some replies on it so check it out. 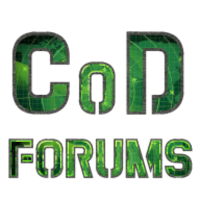 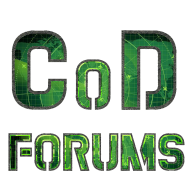 AntiCheatAgent94 said:
It just occurred to me..

If I get the MSI Bazooka motherboard, I can sell the core i5 and my GTX-970 and likely cover the cost of a good core i9...

But you will need a decent CPU cooler, the price difference between the two CPUs will be enough to go from an ok cooler to a really good CPU cooler.

The better the cooler, the better your performance will be without running into thermal limits or worse still, throttling.

So, my boss nixed the idea of swapping out MBs..

But then I realized it might be a blessing in disguise...

I can probably sell my MB with the Core i7 and 24GB RAM plus the GTX 970 and possibly clear enough to purchase the proper MB system I need...

So, my question is what's a good price to sell the package for vs individual components..

And what would the the Hi/Low?? Meaning what price could I ask that would guarantee me a quick sale vs what's the most I could ask for but might take longer to sell..

As always, thanx a million for all the assistance..

well because its an older ddr3 setup probably not much sorry. if funds are not there you can always consider bank robbery.

I just had an interesting experience..

I had pulled my motherboard and took it to work to see if my boss would trade.. he didn't so I put it back in my system.. When I did so, I put the memory sticks in a different configuration.. Put the 4 RIPJAW memory in one array and put the 2 odd ball sticks in the other array

Upon boot-up, I got a couple BSODs with a MEMORY_MANAGEMENT tag...

So I took out the 2 odd ball sticks and had to re-install my OS.. Haven't had time to boot up my game since then..

But it just occurred to me.. Obviously those 2 oddball sticks were causing some problems.. Could that have been the cause of my FPS issue???

By the looks of it, the Ripjaws are all matched sticks, 4x4GB by the look of it and your system supports quad channel RAM, so that's the ideal setup, either that of 4x8GB but not many people would have done that, they probably would have gone 8x4GB if they needed 32GB RAM.

So, it is entirely possible and you might have saved some $$$s for now, save up and then upgrade later if your frame rate issues have improved enough to make the game playable once again.

I am happy to report some progress...

Since PLUNDER was removed from the playlist in Warzone, I played a round of MW19...

And that was with my settings all to HIGH GFX...

Apparently the bad sticks of RAM was holding me back!!

I am gonna try a round of Warzone BATTLE ROYALE and see if my FPS holds.. If so, I think I will stick with my current hardware, but get another set of 4 RIPJAWS....

So, there is a light at the end of the tunnel. Hopefully it's not an oncoming train..

As I recall Warzone has always had a lower FPS than MW, might be something to do with map size and complexity.

Regardless of my settings, (High GFX/High Performance) my FPS is still in the 80 range.. So I guess I'll just have to live with it til a nice DDR4 MB falls in my lap...

Regardless of my settings, (High GFX/High Performance) my FPS is still in the 80 range.. So I guess I'll just have to live with it til a nice DDR4 MB falls in my lap...
Click to expand...

It might be worth skipping DDR4 entirely and moving straight to DDR 5 if you can be patient to wait 9-12 months.

be patient haha i wouldn,t know any thing about that.

freakdaddy64 said:
be patient haha i wouldn,t know any thing about that.
Click to expand...

You don't have to tell me! I've seen it.

KeyboardDemon said:
It might be worth skipping DDR4 entirely and moving straight to DDR 5 if you can be patient to wait 9-12 months.
Click to expand...

freakdaddy64 said:
be patient haha i wouldn,t know any thing about that.
Click to expand...

It'll be a kick in the arse if it actually helps...

awsome hope it helps im thinking of going to 32 from 16 myself. not because i need it but i see those two empty channels and think heck let me fill those up.

As the actress said to the bishop, would I joke about a thing like that?

I am saying hold back because the take up on 12th gen Intel CPUs has not been as good as expected, so it is worth holding on to find out why.

As I remember it, the first generation of Ryzen CPUs didn't take off immediately, could it be that others are playing the wait and see game, or is there a genuine issue? Only time will tell, hence the suggestion to wait.

Plus, you have already stated that budget may be a factor here too, in which case you might not have a choice anyway.

wait huh what does that mean?
You must log in or register to reply here.
Similar threads